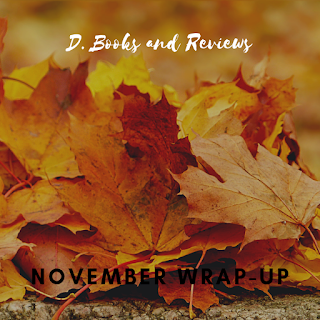 Hey guys! My computer was finally fixed! Yay! I have a bunch of posts planned for you guys, but for now here are the books I read in November!

Well, that is it, folks! I hope you enjoyed!
So Long,
D.
Email Post
Labels: Monthly Wrap-Ups