Yes, indeed, another blog tour from Rockstar Book Tours! Here it is even if it is a bit late, hehe. My life has been hectic and the internet at my house hasn't been working well, so ya here it is! 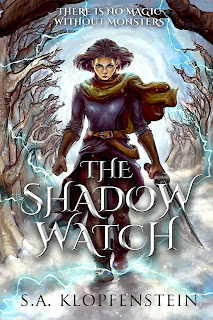 For centuries, the Oshan Empire has ruled the New World with terror and blood. The Watchers have been eradicated, and their sorcery is but a whispered myth. But the heart of magic beats on, and as it surges back to life, three young people will determine the fate of the world…

Tori Burodai, a strong-willed slave girl. Her magic could ignite a revolution, but only if she resists the ruler who wants to use her powers to restore the empire to its former glory.

Darien Redvar, the idealistic soldier she loves. His rage leads him down a dark path to power that could turn him against the one person he cares for.

Kale Andovier, a lordling rebel with a torturous past. His quest for a weapon of dark sorcery will thrust him into a twisted game of power that could change the world forever.

Will the return of magic transform the New World, or bring it to ruin? 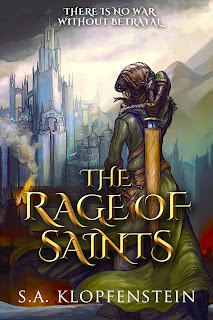 The thrilling second installment in the Shadow Watch series!

The Shadow Watch has been undone. Their captain lies in the dungeons of the White Citadel, and the Gallows Girl has disappeared. Most of the surviving Watchers have joined the chancellor's new magical army, the Sky Guard, led by Darien Redvar, but the Gallows Boy is shaken from the return of the monsters of the Old World, and he must soon choose, once and for all, where his loyalties lie.

Tori and Mischa trek to the Great White North with an Alyut shaman, who believes Tori is the one who will bring Restoration to his people. A resistance is growing in the North, but Tori may not be the god the people are looking for, and the price of revolution may cost Tori her heart as well as her life.

Meanwhile, another threat grows in strength. Old World monsters are rising up across the New World, and no one knows how they've returned. As nations ready themselves for a magical war, their return threatens to change everything.

New alliances are set in place, new friendships are forged, new loves kindled. But no one is safe, for there can be no war without betrayal.

Don't miss this the latest installment in the epic fantasy series readers are comparing to Mistborn and Throne of Glass!

~REVIEW!~
OMG! I loved these books so much that I forgot to put it on my Goodreads but now it is there! HAHAHA! I loved the characters and the plot was so grabbing and full of twists! The world-building was also done very well! I loved the writing style and this book was just great! 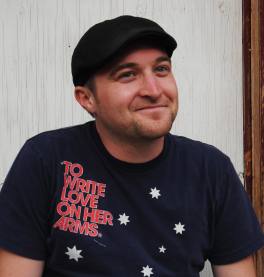 S.A. Klopfenstein grew up on a steady dose of Tolkien and Star Wars. As a child, he wrote his first story about a sleepwalking killer who was executed by lethal injection.

He lives in the American West with his wife and their dog, Iorek Byrnison. He can be found exploring the peaks of the Rocky Mountains or daring the halls of the middle school where he teaches Language Arts.

Giveaway Details:
1 lucky winner will win a finished copy of THE SHADOW WATCH & THE RAGE OF SAINTS, US Only.
Giveaway Link:
http://www.rafflecopter.com/rafl/display/e2389ba2906/?