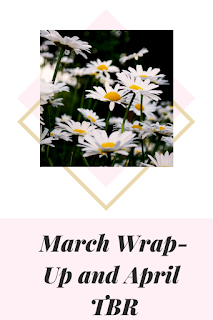 Here are the books I read in March!

Here is what I plan to read in April!
Wow! This was bland, but I have a bunch of fun things planned for April!
So long,
~D.
Email Post
Labels: Monthly TBR Monthly Wrap-Ups