All I Want for Christmas Book Tag 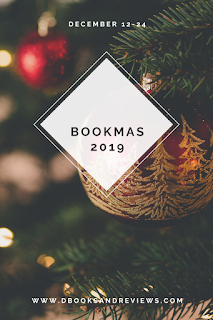 Hello! This Book Tag is a little more festive since it is almost Christmas! (3 more days!!!) I tag whoever wants to do it!

1) What fictional character do you want Santa to leave under your Christmas tree?

Can Santa please leave Percy from the Percy Jackson series by Rick Riordan under the tree because I LOVE HIM!?!?!

2) What character do you want to kiss under the mistletoe?

Percy, again, LOL! But if I have to choose someone else, Jason from the Heroes of Olympus! (I am reading The Son of Neptune so now I have Rick Riordan on the mind!)

3) You write your Christmas list for Santa; what are the top 5 books on it?

(I just put books I want, not the top ones lol!)

4) It’s secret Santa at Hogwarts; what do you most want to receive?

A wand so I can do some magic! Or Newt's case! I probably just want a magical item!

5) You get to spend the day with the characters and movie adaptation actors from one fandom; what do you pick?

Harry Potter! I love the series so much! And a lot of my favorite actors are from the Harry Potter movies!

6) What fictional animal would you like to replace Rudolph and be able to meet on your roof?

A Niffler! I love them! I am surprised by how many of these I have answered with Harry Potter things!

7) You invite 10 fictional characters to your New Year’s Eve party; who do you pick?

I think I chose these people because I know I would be best friends with them if I were in their worlds.

8) What character would make a good Santa? (Doesn’t have to be appearance; personality counts too)

And that is it! I hope you enjoyed! If you do this tag, link it in the comments so I can read it! Happy Reading!
So long,
~D.
Email Post
Labels: BookMas Tags